World Cup 2022: England and Netherlands record impressive wins, Bale’s Wales fights back for a draw with USA — as it happened 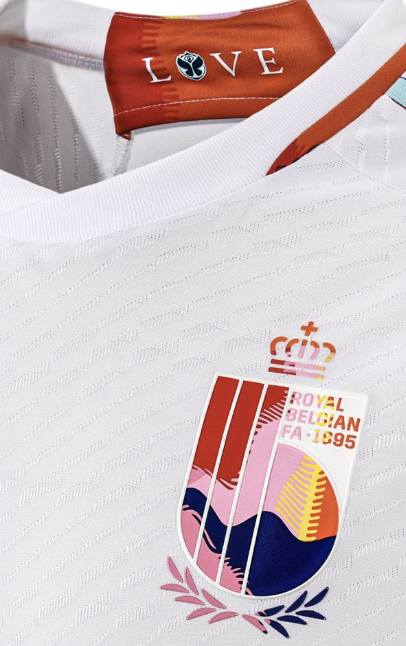 FIFA has rejected the Belgium soccer team’s away strip because of the word “Love” in the collar combined with a rainbow-coloured trim on the shirt, a spokesperson for the Red Devils said on Monday.

The design was inspired by the fireworks of Belgian’s famous music festival Tomorrowland and stands for diversity, equality and inclusivity.

“The Belgian national team will play with their main red shirt during the first three games”, Belgium spokesperson Stefan Van Loock said, adding that if they get through the first World Cup round in Qatar, the issue will be dealt with then.

If the word ‘Love’ is removed from the inside of the shirt, the team is allowed to wear it.

The away shirts are a new design and were introduced in September. Since then, Belgium played in them in several UEFA Nations League games.

The rejection comes after FIFA threatened to issue yellow cards to any player wearing the multi-coloured ‘OneLove’ armband which was introduced to support diversity and inclusion.

The Belgian Football Association said earlier on Monday that its captain Eden Hazard will not play wearing the armband.